Barely a decade ago, a megawatt was a respectable number when it came to solar plants. A few hundred kilowatts were the norm in most places. In 2010, the world’s largest plant was less than 100 MW in capacity, which was an incredible feat.

Today, solar plants are breaking all barriers of size and scale. As per data compiled by BloombergNEF, in 2019, a record total of 35 projects of 200MW or higher capacity were commissioned globally. Every 200MW requires about 3000 panels, making most of these plants in the vicinity of 2 square miles, which is gigantic. The reason for this is the economic advantage brought by scale. The larger the plant, the lower the electricity cost.

An important factor in developers’ choice of larger plants is the lower cost per watt of equipment. Solar panels and other solar equipment can be bought at incredibly low prices when buying in large quantities. Every month, shipping containers filled with solar panels cross the seas to create some of the world’s largest solar plants.

Besides the equipment, there are costs involved in legal, transmission, substation design, security, etc., which are comparable in large- and small-scale solar plants. This means bigger projects will have a lower investment cost per MW, which means the power price can be lower. Solar power prices have recently reached a record low, making it officially the cheapest power source nearly everywhere.

The only challenge encountered with large scale solar is setting them up in the vicinity of communities it can power. People are unwilling to have gigantic solar farms near their homes. As Bloomberg puts it, it’s a problem for renewables where people want cleaner and cheaper electricity, but they don’t want it next door.

With market uncertainty always existing for nearly every type of investment, solar stands in its own league as a more reliable and robust investment. The number of buyers willing to invest in solar has steadily increased. This includes but is not limited to pension funds and other similar institutional investors who want to match their long-term liabilities with the reliable returns solar provides.

In fact, the appeal of solar is so strong that not only was it the leading power source installed in 2019 (45%), but IEA predicts that solar will be the leading technology for the coming five years by a vast margin.

Some examples of mega-solar power plants are:

Harry Boyd-Carpenter, head of energy for Europe, the Middle East, and Africa, highlights the role of large scale solar by saying, “Now that people see renewables as cheap, they buy a lot of it.” He also adds, “Without doing large solar and wind projects, we won’t achieve the energy transition.”

The only challenge encountered with large scale solar is setting them up in the vicinity of communities it can power. People are unwilling to have gigantic solar farms near their homes. As Bloomberg puts it, it’s a problem for renewables where people wnt cleaner and cheaper electricity, but they don’t want it next door.

This does not pose a threat to large scale projects as developers still seem to be finding ways to build and commission hundreds of megawatts of solar power. Furthermore, it is not just large scale solar that is growing worldwide. Rooftop solar plants and even portable solar products are rapidly gaining popularity. In short, the future of solar looks bright. 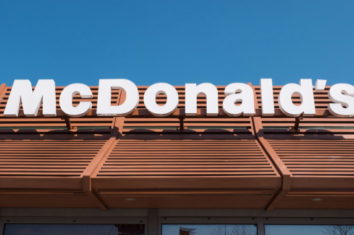 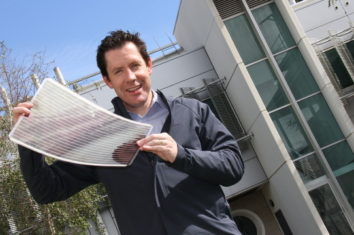 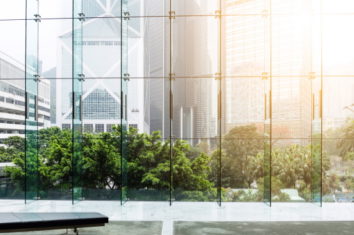 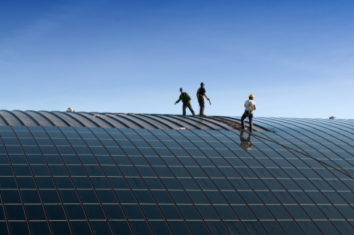