How Much Does an Average Solar Panel Weigh?

On average, a solar panel weighs about 40 pounds, but it could be as light as 33 pounds and as heavy as up to 50 pounds. This depends on the manufacturers and technology used. Weight is an important criterion in solar panels as a solar rooftop plant with several panels could exert significant load on the roof.

With the advancement in technology, solar panels have become more compact and lighter than before. However, they are installed for a life of almost three decades. The world is rapidly moving towards solar power and rooftop solar is becoming more popular than ever. This fact makes it important to understand the implications of the solar panel weights. Let us dive into some more details.

Contributors to a Solar Panel’s Weight

If we were to focus only on the solar cells, the main power generating component of panels, the weights in consideration would be merely a few hundred grams! And yet, a solar panel weighs 2-4 pounds for every square foot of it based on the average size of a solar panel.

A solar panel is a matrix of solar cells laminated between glass, EVA (ethylene vinyl acetate) sheets and a Tedlar (Polyvinyl fluoride) back sheet.

Among these, the glass constitutes for a major portion of the weight, while another significant percentage comes from the aluminum frame. The encapsulating EVA sheets (also used in making shoes), and the back sheet are thin flexible sheets and together contribute at number three. The materials used to make the panels are key for the solar panels to function.

What Panel Weights Mean for Roofs

Why does the weight of solar panel matter? As far as ground mounted systems are concerned, it does not make a lot of difference. But looking at rooftop systems — a rapidly growing sector — the quality and load-bearing ability of a roof has to be given due consideration before installing anything on it.

The most common roofing type in the United States is the asphalt shingled roof, followed by ceramic tiles and metal roofs. Typically, a roof is designed to sustain a load of 20 or more pounds per square foot. This means that it can quite easily carry the 2 to 4 pounds per sq. ft. weight of the system.

However, roofs that are old and deteriorated in quality are a lot unlikely to go by the above numbers. In such a case, it is always recommended to consult experts. You can get advice from solar installers or roofing experts based on the condition and age of your roof. In a lot of cases, it turns out to be a sensible option to renovate your older roof at the time of installing a solar plant. This also brings with it the advantage of customizing the roof design to some extent to suit for a rooftop solar system.

In the rare case that a roof design that cannot handle the specified weights and installing a new roof is not a desired option, one can examine the option of thin film panels. Thin film panels, as opposed to crystalline ones, weigh less per unit watt or per unit square foot.

Another query many home-owners have is whether installing solar panels will damage the roofs, but if done correctly, the panels won’t damage your roof as a variety of installation technologies are developed to suit a variety of roof types.

Some innovative products such as bifacial solar panels have cells on both sides of a panel, harnessing reflected sunlight from the rear end as well. Ideally there can be twice the number of cells on a bifacial panel, meaning lesser weight per unit of power generation.

Some engineers have also perfected the technique of ‘Building Integrated Photovoltaics’. Here, panels are integrated into or replace walls and windows. Technologies such as solar roof tiles can be thought of another type of building integration, and again we no more need. This turns the question of ‘additional’ weight invalid.

We can finally say that most conventional panels weigh anywhere between 40 and 50 pounds, based on size and type. The future, however, does promise materials and techniques that push solar towards being significantly lighter.

Additionally, most roofs are capable of carrying the load of a solar system, thanks to the evenly distributed weight of solar panels and installation components. Despite that, some roofs toward the end of their life may certainly need assessment before installing solar panels on them.

In the end, it is always wise to let the experts have it checked out for you. 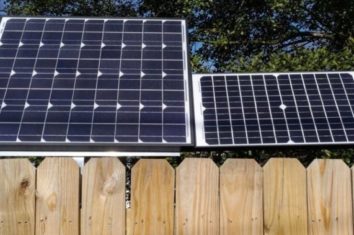 What are Solar Panels Made Of? 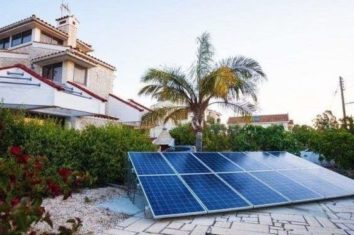 Will Solar Panels Get Smaller?