Solar photovoltaic is the technology that provides tremendous hope when it comes to solving the climate crisis. With solar officially becoming the cheapest technology, its widespread adoption is obvious. However, there is a downside. After their lifespan of 30 years, solar panels’ power generation drops significantly – enough to make sense to simply discard them.

With millions of panels installed every year, we will soon be left with gigantic amounts of solar panels that have no use. However, there is an opportunity in crisis. The International Renewable Energy Agency predicts that by 2050, we will be able to extract a whopping 78 million metric tons of valuable material from these solar panels if recycled correctly. And the absolute best thing? To inject these materials back into solar panel manufacturing.

Solar panel recycling is not a new concept. Some countries and states even have legislation for mandatory recycling of panels. As time progresses and the amount of solar waste increases, these legislations will become more common – and for a good reason. Solar panels generally contain raw material that is non-decomposable and, to some extent, even harmful to the environment.

The materials that can be recycled in solar panels are mainly glass, metal, and silicon. However, conventional solar panel recycling focuses on extracting these materials and utilizing them in various industries. But one solar company has adopted a custom technology to disassemble panels and extract materials – to use them in their own solar panels again.

In Ohio, one of the leading solar companies worldwide called First Solar has established a recycling plant right beside its panel manufacturing plant. The company claims to recycle 90% of the materials from end-of-life panels to use them again in their own new modules. First Solar also has similar recycling plants in Germany and Malaysia.

According to the company, if 95% of the semiconductor material can be recovered and put back in a solar panel, and the cycle continues to repeat, the same material could serve us for up to 1200 years – an astonishingly long duration. This would ease the pressure on mining for more silicon, saving resources, and reducing the relatively few emissions caused by solar panel manufacturing.

Solar Panel Recycling: What Comes Next?

Though solar panel recycling is not a novel concept, it has a few limitations. There is a significant gap in the numbers of module manufacturing plants and recycling plants. Often, end-of-life modules must be shipped to distant locations for recycling.

The cost incurred in this transportation does not always make financial sense for the materials that get reused. To solve this problem, more recycling plants need to come up. If possible, as Andreas Wade of First Solar says, they should be mobile recycling plants.

As new module manufacturing units come up, it would be a good idea to design and build module manufacturing and recycling units instead. Companies doing this might even have financial benefits in this model since they won’t have to import raw materials from foreign destinations, which is normally the case. Of course, this would happen only when modules will be recycled in huge numbers, which, as we have discussed, is not so much in the distant future.

Solar PV modules, whether they are regular panels or rugged, portable panels, all have a specified lifespan. Although most panels are not near the end of their life, we must act with foresight. It will be wise to plan better for the huge amounts of waste solar will generate in the coming decades – and reusing the recycled materials into building solar panels might be the ultimate answer to the waste problem. 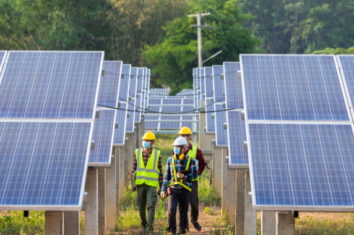 A Post-Pandemic World and A Solar Energy Revolution 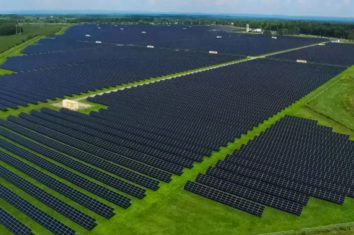 How Long do Solar Panels Last?