How to Use a Solar Power Bank

A solar power bank can be charged using sunlight or a wall outlet and is a useful piece of technology to charge your mobile phones or tablets. They generally have USB ports for charging or discharging. Power banks have been popular gadgets for keeping mobile devices up and running. Solar power banks add some more reliability and functionality to the same technology.

Portable solar power banks come in a variety of capacities and solar ratings. Some have a single solar cell built into the casing, and some have multiple solar cells in a foldable fashion. The battery size inside also varies. They are DC power supply units that use high-efficiency lithium-ion batteries in almost all cases. So, how do you use a power bank? Read this article to find out.

Charging a Phone with a Solar Power Bank

Power banks come with USB ports, where a USB cable compatible with your phone can be connected. Some power banks start charging automatically when a phone is connected, while some have a button to start charging.

Most solar power banks will have small LED lights to show if they are discharging or charging. When charging has started, the LED lights will light up and gradually turn off as the power bank battery pack goes on depleting, and the mobile phone battery is charged.

How Many Times Can My Phone be Charged?

The number of times your phone can be charged using the solar power bank depends on the battery capacity of both the power bank and the phone.

Although the calculation is theoretically correct, a couple of factors do not allow us to extract energy for the theoretical number of charges.

Second, there are power losses involved when charging your phone or even when storing your power bank. Thus, meaning we can practically use anywhere between 60-80% of the capacity of a power bank, depending on the manufacturer and model.

The lifespan of solar power banks are usually rated to have about 500 charging-discharging cycles. Thus, if a phone can be charged 4 times with a fully charged power bank, you can charge your phone about 500 x 4 = 2000 times over the power bank’s lifespan.

Although relatively small, solar power banks are complex devices that implement several types of electronics in a small space. They are not supposed to be charged and discharged at the same time, especially with solar.

Most manufacturers caution users against placing the solar power banks in the sunlight while charging a phone. This might be alright for solar chargers that come without a battery pack, but for solar power banks, it is not advisable to have the solar panels charge while a phone is being attached for charging.

With all the circuitry involved, the solar power bank should not be subjected to water splashes or immersed in water. This is even more important when the phone is being charged, and current is flowing in a circuit. This can be an exception for water-proof power banks, but it is still recommended to keep them away from water.

Naturally, the distinguishing feature of a solar power bank is its ability to be charged by solar power. This makes it possible to have an extended reliance on longer off-grid conditions.

Some power banks come with a large solar collector, such as having 28W solar panels on it – making it largely independent from the need for wall charging. On the other hand, some have just enough solar cells to boost the charge to some extent, but cannot fully rely on solar, such as one with 5W solar cells.

The two methods of charging solar panels are outlined below:

To charge a solar power bank using sunlight, open the solar panels (for foldable units) and place them on the ground or on a platform. Some power banks also have the provision to hang them to a backpack or a tent.  Ensure the solar cells are directly facing the sun and that the sun’s rays are perpendicular to the cells.

The panel(s) should not have any shade on them from nearby obstacles. Even partial shading can significantly reduce the power output from the cells. This also means that the cell surface should be free of any dust or dirt.

As discussed before, do not connect a device to the power bank for charging when it charges with solar.

Some modern power banks also allow connecting auxiliary, portable solar panels to it for charging. This can allow for much faster charging.

As the battery pack inside is charged with solar power, the LED lights will gradually light up. Sometimes, a separate ‘solar LED light’ helps ensure that charging with solar has started and that the position and amount of sunlight is sufficient.

Depending on the size of the solar panels, the intensity of sunlight, and your power bank’s battery capacity, the time it takes to fully charge a solar power bank can be anywhere from under an hour to several hours to charge your phone.

It is relatively simple to charge a solar power bank using a wall charging unit. All you need is a USB wall charger – often one that you use for your cell phones. The LED lights mentioned above indicate the level of charge.

Solar power banks are not designed to charge using methods other than the two mentioned above. Trying to charge them using a laptop’s USB port, for example, might not produce favorable results.

How to Use Power Bank for the First Time

Ideally, power banks can be directly used out of the box. However, manufacturers do not pack them with a full charge. It is thus advised to charge the power bank once unpacked.

Most power banks will come with an electronic sensor inside that breaks the circuit to turn off the charging once a 100% charging level is reached. However, it is recommended to unplug the power bank once it has a full charge.

Always try to maintain over 50% charge in your solar power bank. This will ensure your phone is charged at an optimum speed, as some power banks might slow down the rate of charging at low power levels.

Avoid keeping a power bank in unused condition for prolonged durations, as this may affect its lifespan. Even when not in use, it is recommended to charge your solar power bank and discharge occasionally. 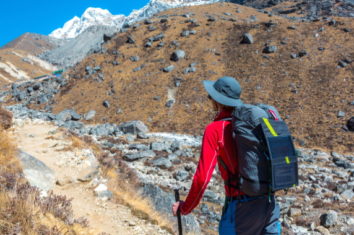 How to Use a Solar Battery Charger 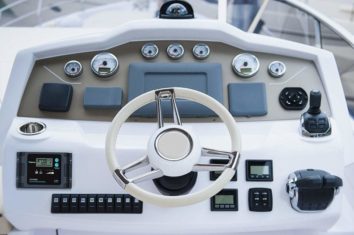 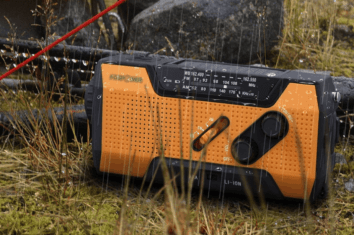 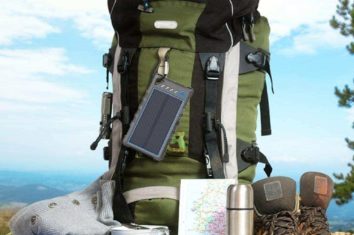