How Many Solar Panels Would Be Needed to Power the World?

A total of 51.42 billion solar panels would be needed to power the entire world on solar energy. Here we are supposing a panel size of 350W for the calculated size of 18TW of solar plants. How do we arrive at this number? We receive a staggering 1.74*1017 watts of energy from it. To put this into perspective, this is about 10,000 times more than what humans need.  In 2018, the world consumed about 23,000 tera-watt-hours of energy, in that single year, which translates to an average consumption of 63 TWh daily. Taking that into account, we would need an approximate total of 18 TW of solar.

The sun has always been the source of all energy on Earth. Plant-based, fossil-based, wind or water, all energy is a consequence of the energy delivered by the sun.

How We Reached This Number

1 kWh of energy can light a 10W lamp for 100 hours, or a 1000W water heater for one hour (W*h =Wh, kW*h = kWh). Add nine zeros in front of a kWh, and you get a TWh. Considering the average total sunshine hours (including shading, orientation, dust and other losses) to be around 3.5, the average amount of energy produced by 1 TW of solar plants will be 1TW*3.5h = 3.5 TWh per day.

A single large solar plant with over 50 billion panels is a fantastic thing to imagine. However, we have to keep in mind that constructing a single such plant would be impossible, from the economical, logistical and technological aspects. Despite this, it would be a realistic aim to cover various suitable locations all over the world with a collective 50+ billion panels.

It would be also interesting to understand the amount of solar panels needed to power the U.S. and other nations with high per capita consumption. Adding up those numbers can help get a clear and realistic picture.

How Much Space Would Be Required?

Solar panels, at least the modern ones, operate with an efficiency or around 20%. This means that out of the total energy that light brings with it, only a fifth is converted into electricity, that too in ideal conditions. What this means for us is that space is an important investment as far as solar power is concerned.

Speaking of residential plans, the amount of solar panels needed to power an average home can be anywhere between 7 and 100, depending on how large the house and its consumption is.

In case of large systems, as a rule of thumb, a typical solar system of 1MW capacity requires an area of 5 acres, or over 200,000 square feet. Thus, for a terawatt, after doing some math, it will require about 7,800 square miles.

This is about the size of a country like Israel or Slovenia, and larger than the area of some other countries. But as discussed before, it is highly unlikely that we can succeed building this gigantic single solar plant in one place. But a cumulative area of 7,800 square miles throughout the world is what we can practically aim at.

As much as the amount in the power generation per panel varies with location, the cost also varies from state to state and country to country. These variations can be attributed to differences in costs of manpower, transportation and even materials.

The cost of installing solar panels for a megawatt capacity is around a million USD. Whereas, in countries like India and Brazil the costs are significantly lower, somewhere between 0.6 and 0.8 million USD. Assuming the 1 million/MW cost, the global63TW plant would require 63 quadrillion (63*1015) US dollars to be built.

That is equivalent to a lot of countries’ GDP combined together, and this precisely is the reason we need all countries to believe together in a solar powered future.

While dealing with costs, we do have to keep in mind that although free, a solar system does not last for an indefinite period. Looking at the average lifespan of a solar panel, it is clear that we will need renewed investments every few decades.

Nevertheless, in the longer term it is still cheaper than fossil energy and even better for the planet. Nearly every climate change report has stressed on the immediate need of solar power acceleration.

It would not be wrong to say that with today’s technology costs and abundance of sunlight, solar power may soon become mainstream. A world powered entirely from solar is not as impossible as it sounds. The costs required for the same may sound huge but are actually profitable and ecologically more sensible in the longer term. 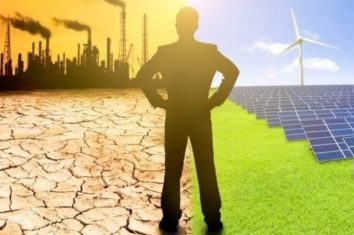 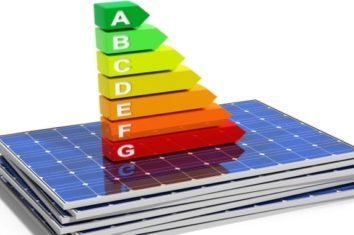 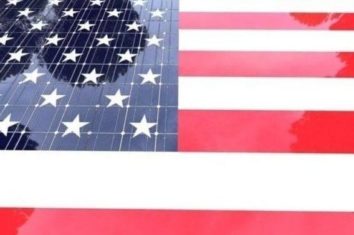 Which Solar Panels Are Made in the USA?

Could Solar PV Farms be the Answer for End-of-Life EV Batteries?