Solar panels are not dangerous if you know how to handle them safely and how they work. The truth is that they are not any more dangerous than the main panelboard that you have installed in your property.

Getting familiarized with something that we do not completely understand may be scary sometimes, however, in most cases it all comes down to know how to use or how to interact with it.

To give you an example, about this, think about electricity, today we all use it in our homes, and feel comfortable using products that work with it. However, there was a time when this was not that simple.

A Short Travel Back in Time

Since DC electricity came first with the invention of the light bulb from Thomas Edison, people were more interested in this type of electricity. Nikola Tesla stood up for a new type of electricity, AC, which required high voltages to generate power; a scary for most people.

Actually, Edison’s campaign to discredit Nikola Tesla’s inventions was focused on promoting that AC electricity was dangerous and that it could kill people. As a matter of fact, the first electric chair execution was done with AC, and it was a disaster.

On the other hand, Tesla challenged public opinion by exposing himself to amazing public experiments that included a lot of lightning and sparks as you can see below. Moreover, he showed people that he could light up the entire Science Fair with AC electricity.

Nikola Tesla Seated in His Lab with Electrical Discharges Around Him (Source: INC)

What I am trying to say is that AC electricity was considered dangerous, but today we all use it in our homes. In the same context, solar panels were once considered possibly dangerous or unsafe. But the truth is that they are very safe if you have the knowledge required to use them properly. On our website you will find an interesting article all about the history of solar panels.

Electrical Shock Due to Improper Handling

Solar panels are sources of DC electricity generation. As such, their terminal outputs have voltage and current.

Most solar panel installations today generally contain modules above 300W. A typical size solar panel around 300W could have open circuit voltage values close to 40 V and current values that could be between 7 A and 9 A. When you realize that 1 A could easily kill you, then you realize what could happen to you if you put your hands in the terminal outputs of a solar panel.

The thing about solar panels is that you cannot turn them off; there is no switch in every module to reduce their voltage to zero. Therefore, as long as there is sunlight, the solar panel will have an open circuit voltage in its terminals, waiting for some media (wire, metal or in bad cases human hands) to close the path between the terminals in order for current to flow.

If you are not aware of this and you think that your solar panels are turned off just because they are not connected to the grid, then you are making a mistake that could cost you your life.

Things can get as creative as we want. Actually, solar panels can be used to power a small solar electric fence charger. These devices designed to contain animals within a fence can generate a discharge of up to 5,000 volts! This does not kill them or anything close to that, but it definitely gives them a good shock, giving them a mental barrier and keeping the animals away from the fence and inside the desired perimeter.

Of course, here the solar panel is only used as a source of power to charge up a capacitor that provides such discharge to ground throughout the fence whenever an animal touches it. However, this provides an idea that solar panels can be small and safe, but they can also be used to power dangerous applications.

Nevertheless, it is important to know that this doesn’t mean that you cannot touch the solar panels. Actually, installers need to touch the frame to put them in place. Solar panels are designed to be safe and to be touched, as long as you touch the glass or the aluminum frame.

Moreover, once the solar panels are installed, the system is grounded via copper wire to avoid any possibility of shock hazard from touching solar panels (even if they are installed in a 1,500 V PV system). In any case, solar installers generally use electrically insulated gloves to make the connections of the PV system

This is maybe the greatest danger with solar panel installations, however, cases related to fire caused by PV arrays are extremely rare. Actually, a German research study from 2013 concluded that in the last 20 years, only 0.006% of the 1.3 million PV systems in that country caused a fire, of which only 75 caused damages.

Arc fault creation is probably the most dangerous cause of fire related to solar panels. This is created when there is a high DC voltage installed and there is a sudden interruption in the electrical current flow of the circuit, mainly related to a cut wire or to an abrupt disconnection of the wires between the panels while they are still connected in a closed circuit. Depending on the voltage of the PV system, a small or a large arc fault can be created as an attempt of the electrical current to keep flowing through the close circuit by breaking the dielectric resistance of the air.

These arc faults have very high energy concentrations and heat up everything near them, most likely to cause a fire if anything that can catch a flame is near them.

Does this mean that you should avoid solar? Not at all. Just as you do not have to keep your solar LED Christmas lights off for the next Christmas season to avoid your tree from getting burned, you also must not be afraid of solar.

Keep in mind that this is not common and it can only happen in solar panel strings that have a DC voltage of 400VDC or higher. It is not very common in residential PV systems. This means that if you want to install a simple solar light system for a shed or install a small solar attic fan, it is impossible that an arc fault would occur because to break the dielectric resistance of the air, a high DC voltage is required and these are more typical in large commercial and utility scale applications.

To avoid arc faults wire insulation is also very important. Wire insulation can be very different from one model to another, and this is why it is important to know that not just any wire can be placed in a PV system. PV wires are specially designed wires with insulations capable of resisting constant ultraviolet (UV) radiation. That way, they do not get damaged over time and do not lead to short circuits that could cause a fire.

Despite the fact that it is unlikely for this to happen, it is recommended that every now and then, you check if there are any possible damaged wires. If possible, also check for any signs of burned wires or burned panels.

Regarding electrical surges, they are related to high peaks in the voltage waves that come from the grid or from nearby lightning strikes. These elevated waves could reach your house and destroy appliances or even your modules if they do not have the proper grounding path to deviate the wave.

To protect your PV system from electrical surges, it is recommended to install surge protection devices (SPD) in areas with high lightning activities. SPD’s are able to safely deviate the high voltage wave to a ground path, protecting your PV system from damage and eliminating the possibility of fire. One of the most popular SPD’s are the ones from Midnite’s Solar.

When firefighters reach a house on fire and they find that the house has solar panels installed, it becomes annoying for them. Whether the cause of fire was the PV system or not, a commercial property or house on fire with an electrical system in one of the most common access points for firefighters is never pleasant.

During a fire, the probabilities that the wires of the PV system get damaged, or that the mounting structure fails, increase radically. Therefore, stepping out and walking around a roof with damaged wires conducting electricity is not the safest environment. Here you can watch a video describing the situation from a firefighter’s perspective

Experience has shown us that it is important for firefighters to be trained and to understand how to effectively deactivate PV systems. According to the National Electrical Code 2017, all new PV systems are required to have pathways for firefighters to pass safely. They are also required to install a Rapid Shutdown System that instantly reduces the voltage of the solar array to zero. There are several options to do this in the market, but again, Midnite’s Solar Birdhouse is a nice choice.

PV systems with microinverters or DC optimizers perform perfectly on this aspect because not only the system is deactivated, but since these products act at module level, they reduce the voltage of each module to zero! Totally eliminating the possibility of damage from solar panels. Here you can watch another video explaining the advantage of a microinverter against arc fault risks in PV systems.

Solar Panels Are Not Dangerous, but They Are Not Toys Either

PV technology in general is not dangerous. Think about it, if it were dangerous, companies would have never manufactured a product such as a solar power backpack which is so often in close contact with the consumer. Moreover, if it were dangerous scientists wouldn’t have considered solar technologies to power the international space station which is so expensive and sophisticated.

Now on a more specific installation aspect, Millions and millions of PV systems are already installed across the world, and they will continue to be installed because the advantages of solar energy deeply overcome the low probability scenarios in which they can represent danger.

Solar panels are not more dangerous than any other electrical installation, after all, we all know the dangers that electricity represents and we still use it. Look at all the progress humankind has made thanks to electricity, it’s not like we are going to stop using it, it just means that we need to learn how to use it and establish safety measures to protect ourselves from its dangers. We must do the same with solar panels. Fortunately, the US is quite advanced in this aspect. It is one of the few nations that require Rapid Shutdown in PV systems. 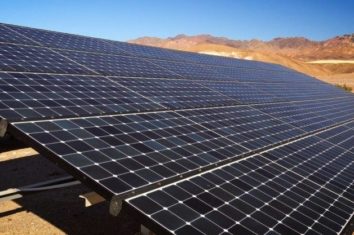 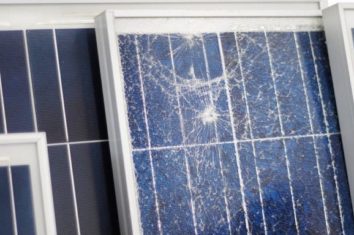 Can Solar Panels be Damaged by Hail?